This is review number four hundred and eight. This anime is part of the Summer 2014 lineup, and it’s called Sabagebu. It’s a twelve episode anime about a club that does survival games. It’s a pretty straightforward premise. As a side note though, I noticed I talk about the manga when some awful show fails up to live up to their original source. For reviews comparing the anime to the manga, the cover image will be from the manga. As I said, this anime will be compared to its manga. Does it stack up? Let’s read on. 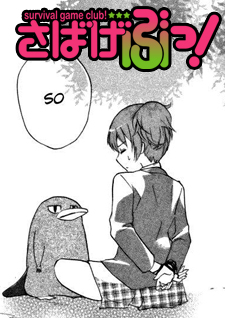 END_OF_DOCUMENT_TOKEN_TO_BE_REPLACED

This is review number three hundred and ninety six. This anime is part of the Summer 2016 lineup. The anime I’ll be reviewing is called Rewrite, and it’s a thirteen episode anime about some stuff. Actually, it’s about a lot of stuff and perhaps too many stuff. This review is long, so let’s just read on.

END_OF_DOCUMENT_TOKEN_TO_BE_REPLACED

This is review number three hundred and three. This anime is part of the Spring 2014 lineup. The anime I’ll be reviewing is called Kanojo ga Flag wo Oraretara or “If Her Flag Breaks”. It’s a thirteen episode anime about a guy and his harem. Yeah, that’s really the entire content of this show. It’s just one big harem and all the fun stuff you do in a harem. It does have some unexpected things though that I really enjoy but I bet this is an anime most people wouldn’t like. I did my best to give the show justice so I hope people will try this one out as well. Anyways, let’s read on. END_OF_DOCUMENT_TOKEN_TO_BE_REPLACED

This is review number two hundred and forty eight. This anime is part of the Summer 2013 lineup. I’m on my Christmas break right now so I am trying to knock off a few more anime off my list before I enter the Fall 2013 lineup. I did my best but I just wasn’t able to close the Summer lineup before Fall ended. I suck. Anyways, the anime I’ll be reviewing is Love Lab. It’s a thirteen episode anime about two girls in the student council trying to practice being in love or something stupid like that. It is pretty stupid but you’d be surprised how entertaining this particular show is. Let’s read on.

END_OF_DOCUMENT_TOKEN_TO_BE_REPLACED

This is review number one hundred and ninety three. This anime is part of the Winter 2013 lineup. The anime I’ll be reviewing is called Koutura-san. It’s an anime where the title character can read minds and slowly enjoy the meaning of friendship. It’s a decent show but I have a lot of complaints. A lot of it. Anyways, it’s a twelve episode anime and it’s a bit romantic and comedic and uninteresting all at the same time. Let’s read on.

END_OF_DOCUMENT_TOKEN_TO_BE_REPLACED

This is review number one hundred and seventy five. This anime is part of the Summer 2012 lineup. I’m just dusting off some anime I missed before I take on the 2013 anime. Anyways, I’ll be reviewing Yuru Yuri 2. It’s the second season and its twelve episodes long about a group of girls and their strong friendship that is a bit cute and sexual in its setup. I love the first season so I really want to see the new season badly. Let’s read on.

END_OF_DOCUMENT_TOKEN_TO_BE_REPLACED

This is review number one hundred and fifty seven. It’s part of the Summer 2011 lineup. I wasn’t in the mood to watch this anime when I first saw it in my list. After the daunting Spring 2011 shows though, I kind of wanted a slow one for now. This is a twelve episode anime about four girls in a club. It’s weird because I just reviewed A-channel that is pretty much the same as this show. Well it is except for the yuri part of the show. Girls touching each other are always encouraged so let’s read on.