This is review number four hundred and twenty seven. This anime is part of the Fall 2014 lineup, and it’s called Terraformars. Heh, Terror from Mars, I love it. It’s a thirteen episode anime about a bunch of cockroaches killing a bunch of surgically enhanced humans. It’s a really awesome show, so let’s read on. 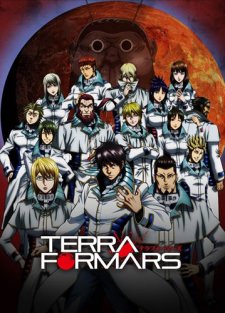 END_OF_DOCUMENT_TOKEN_TO_BE_REPLACED

This is review number three hundred and thirteen. This anime is part of Winter 2014 lineup. This was a lineup I sacrificed so I can fully finish the Fall 2014 in time for the current seasonal lineup. I have fallen behind so far though that I no longer care if I’m in the current lineup. Right now, I have my own pace and I decided to come back for the shows I missed while inching my way forward. Anyways, the anime I’ll be reviewing is the second season of Silver Spoon. It’s an eleven episode anime from the noitaminA block. It’s about a guy milking a cow among other things. Let’s read on. 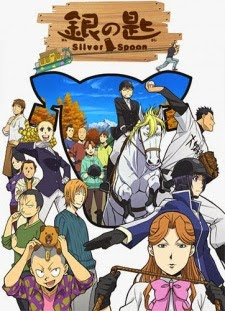 END_OF_DOCUMENT_TOKEN_TO_BE_REPLACED

This is review number two hundred and thirty eight. This anime is part of the Summer 2013 lineup and it’s a show from the noitaminA hourly time slot. The other anime from the time slot was a re-run of AnoHana to promote the movie. I already reviewed that show and I am excited for the movie. The anime I’ll be reviewing though is an anime called Gin no Saji or Silver Spoon. It’s an eleven episode anime about people taking care of animals. I know, it’s a tough sell but it’s a really wonderful show. Just stop and watch the show now because it’s a really amazing show that I urge everyone to experience. With that being said though, let’s read on.

END_OF_DOCUMENT_TOKEN_TO_BE_REPLACED

This is review number two hundred and twenty four AND a half. What? Notice the half. From now on, I’ll consider any anime that runs for five minutes or less as a “.5” number. I feel like if I keep watching short shows and give them a full number, then I’m very much cheating on my goal. This time around, two short anime will occupy a number. I won’t combine them into one post because one review deserves one post but anything that runs below five minutes (or anything not reaching 10 minutes) gets half a number.

Anyways, the anime I’ll be reviewing is a short anime from the Spring 2013 lineup. I’ve basically run out of anime to watch and I have no motivation for Nyaruko-san 2. I’ll be reviewing Aiura. It’s a twelve episode anime that runs for five minutes. It’s about three girls and their normal life. Yeah, it’s one of those shows so let’s read on.