This is the third part and we are halfway through the countdown. I made the list four parts simply because I am intimidated by it all. I can combine them in one giant post but the amount of GIFs and those stupid pictures I had to make takes a lot of time. Dividing the load was the best thing to do. Anyways, I’ve covered a good amount of anime thus far from popular ones like Little Busters to very obscure ones like Ebiten. This was really my anime journey combined in a list. I’ve seen all of these anime and I have a high tolerance for things other people dismiss so I’ve been able to experience a lot of great anime moments as I blog as TPAB. The bottom half is already done and I hope the moments that got into the top fifty are some that I hope you all enjoyed as well. 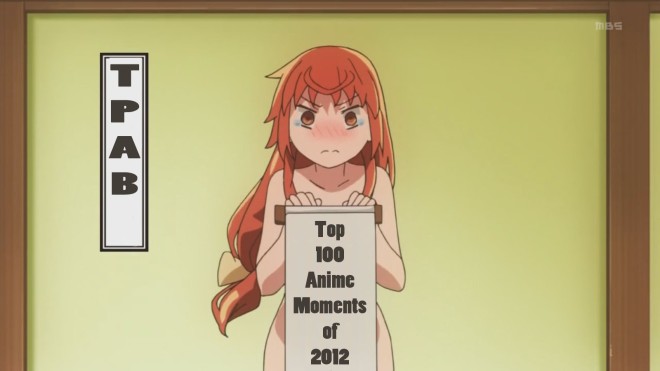 END_OF_DOCUMENT_TOKEN_TO_BE_REPLACED

This is review number one hudred and seventy three. This is part of the Spring 2012 lineup. It’s almost a year and I can’t seem to finish the lineup I started out with. Anyways, I’ll be reviewing a short one. After 120 episodes of different long anime, my brain just gave up. I once dreamt of a cool fight scene between Makishima and Light Yagami with a mecha and Godzilla fighting in the background but I was sweating cold sweat because I know I had to review it afterwards. I wake up at the dead of the night unable to sleep afterwards. What do you call that? Anime overdose or something.

For my sanity’s sake, I’ll be reviewing a short one. It’s a short anime called Shiba Inuko-san. It’s a dog that wears a school uniform but everyone thinks she is a normal girl. This is probably not the best show to watch with my current brain mushy as mash potato. Eh, if I dream of a talking dog tonight then I might have to take a break for a month. Anyways, Shiba Inuko-san. Twenty six episodes, less than a minute show that is pretty enjoyable. Let’s read on. 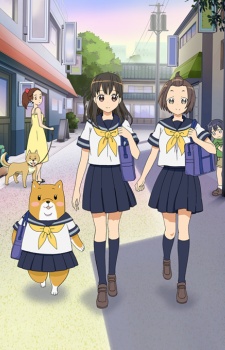