This is review number four hundred and five. This anime is part of the Summer 2014 lineup. The anime is called Shirogane no Ishi: Argevollen or Silver Will: Argevollen. It’s a twenty four episode anime about a mecha and a very lovely room decorated with a nice aquarium. There’s also another room with a big window and a nice sofa. It’s very quaint, and it’s very lovely. My sarcasm ends here, so let’s read on. 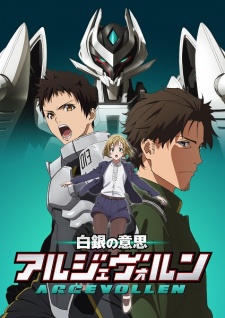 END_OF_DOCUMENT_TOKEN_TO_BE_REPLACED

This is review number two hundred and forty. This anime is part of the Summer 2013 lineup. I still have a long way to go but I can also see the finish line. I think I’m half way through the lineup and I just need to push some more. Anyways, the anime I’ll be reviewing is Stella Women’s Academy, High School Division Class C3. It’s a thirteen episode anime about a bunch of girls shooting each other while they have fun in their club. It’s a show about girls and their guns. It’s a decent show. I have my complaints though. Let’s read on.

END_OF_DOCUMENT_TOKEN_TO_BE_REPLACED

This is review number two hundred and ten. This anime is part of the Spring 2013 lineup. The anime I’ll be reviewing is Devil Survivor 2. I’m supposed to do a movie but I have none in reserve so I’ll just push on with the Spring lineup. I’ve seen previous reviews of this anime claiming that it was an awful video game adaptation. I really don’t think so. Passionate fans of any medium always have something negative to say to any adaptation it receives and this show got the expected backlash from video game fans. Is the anime a bad adaptation? Actually, as an impartial viewer, I think this is the best video game adapted anime I’ve ever seen. I’m a supporter of the anime and I hope fans of the original source can see the beauty of the anime past the handicap it had of adapting their favorite video game. Let’s read on.