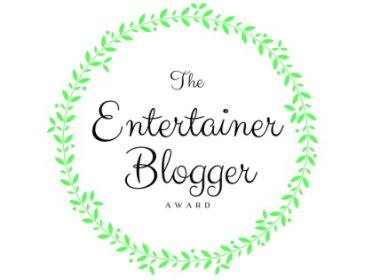 I’ve been nominated, and so it begins. *evil gaze into the sky*

I don’t really do posts like these, since I’m not really into the whole awards facade. This is really just a way to name drop other bloggers, and maybe call them condescending fruitcakes while you mention them. I did promise myself to be more active in wordpress though, so I might as well do one of these, after avoiding them for five glorious years. Apologies to the other awards I ignored. I was mostly focused on my 1000 goal, so my tunnel vision-esque approach to blogging didn’t really acknowledge these things. I hope you can forgive me.

Anyways, I’ve been nominated by Keiko who does weekly episodic reviews of anime. Check her stuff out, since the whole purpose of these awards is to expose bloggers to other bloggers, and maybe call them nuttier than a bag of nuts while we’re at it. Seriously though, her episodic reviews are very good. Give her a follow.

1. Why did you blog in the first place?

I’ve mentioned this already every time I do an anniversary post, but I have a goal of 1000 anime reviews. I decided to use it as an anchor to get myself out of depression, and it worked for the most part.

2. What is your favorite book?

I don’t really read much. I can consume as many movies, anime or TV dramas you throw at me but I’ll slowly die if I read book. I think I’ve only really finished two books in my entire life, aside from text books and children books I teach my students, and I do like them both. The first one is The Alchemist by Paulo Coelho. It’s a nice story of following your dreams, because it leads to an amazing adventure and incredible riches. The second is Socrates in Love by Kyoichi Katayama. My sister had the book, and I decided to read it after a five day blackout caused by Typhoon Haiyan. It’s about love, but also a nice look at people losing sentimentality over the beauty of life. If I have motivation to read, then I would really like to consume more books. I plan to buy books and read ’em when I get a stable income.

3. What do you dislike the most?

I don’t like close minded people. There are those people that talks, but doesn’t really listen, so it’s often a pain to talk to them. Especially in the anime fandom, where everyone’s taste is awful by default. I’m honestly not bothered by it, so I won’t walk up to one and challenge him to a fist fight, but my entire endeavor as a reviewer seems moot when close minded-ness prevails above all else.

Also, as I live in a very religious country, I don’t really like overly religious people. The ones that pray first instead of doing something by themselves, I dislike them a lot. I have a lot of students that’ll fall ill or get in accidents, and you visit the hospital to see no one has visited because they’re all in church. I had one visit where, due to lack of staff, the poor thing was wearing his filth. He crapped in the bed, he hasn’t bathe and he hasn’t eaten for days. People, like anything in this world, religion can be an addiction.

4. What is your favorite food at the mall?

Mall food is expensive. As a cheap Asian, I prefer street foods. Being a Filipino, you know I love balut. I actually don’t, but I do eat them. I do love barbecued chicken feet and chicken heads drenched in ketchup and oil caramelized over charcoal heat.

5. What is your favorite past time?

Is this a sports thing? I like basketball, but I don’t really follow any sport. I do love wrestling though, but I also don’t follow it as much. The technical aspect of wrestling matches has diluted over the years. For a default answer, I watch a lot of anime.

I’m supposed to nominate 12 bloggers, but I don’t know that many people. I’ll cut that in half, and just tag seven bloggers. You are supposed to tag 12 though, so always follow the rules or something. I’m pretty sure most bloggers have already done this as well. You are not forced to do this award thing though, so ignore the tag if you want.